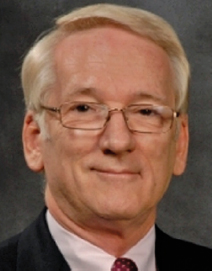 Just wow… Amazing what Mr ShortLiffe has done and accomplished!!!

Edward Shortliffe (1947-) is another highly accomplished AI individual; he hails from Edmonton, Alberta, but has made the United States his home, and is a unique person in that he is highly educated and trained in two arenas—medicine and computer science. He graduated Magna Cum Laude in Mathematics from Harvard in 1970, obtained a PhD in Medical Information Sciences from Stanford in 1975 and an MD in 1976. In 1976 he won the Grace Murray Hopper Award for the Outstanding Young Computer Scientist, based on his dissertation work on MYCIN. He is the author of dozens of articles and a number of books, but perhaps best known is Rule-Based Expert Systems: The MYCIN Experiments of the Stanford Heuristic Programming Project, which he wrote with Bruce Buchanan.

As the main architect of MYCIN, which has been the basis for nearly all rule-based expert systems, given its 400 rules, use of forward and backward chaining, use of knowledge representation, and reasoning under uncertainty, Shortliffe has reached the pinnacle of success in AI.